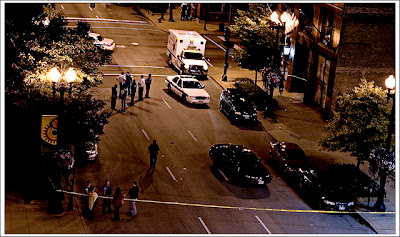 Chairman. In an interview with Time Magazine right before his death, Clint Eastwood`s bar stool says he enjoyed his 15 minutes of fame. "I liked the fact that for a few minutes, every chair in the country thought I was the Presidents chair".

-Most American chairs these days cater to fat cheeks, but the presidents butt cheeks... their nice and firm. And he has to keep on his toes otherwise they change him.

-I`m guaranteed a fresh pair of buttballs every 4rth year. Who else get that? Thats the privilege of working in the Oval Office. On the downside I might have to stick with an ashole for 8 years, but on the other side, I might get a woman soon.

-But the truth is I work in a convention centre in Tampa, Florida. I`m in the bar reserve. I wasn`t even called out for duty during the Republican Convention, Mormons aren`t known to drink much. It was Clint who came down to the storage room and picked me up. "You`ll do", he said and grabbed my third leg.

-He told me to sit still and not say anything. He would do the talking. At first I was angry cause I know quite a few party tricks. I`m called up on stage infront of billions of people and I don`t get to shine? In hindsight I`m thankful cause it was weird enough as it was.

-I`ve offered my services to the Democrats Convention, but they turned down my offer to appear as Mitt Romney. To avoid last minute changes I was put far back in the storage room and by default brought out for the National Weight Loss Convention. Unfortunately some foreigner sneaked inn and brought me down.

Clint Eastwoods chair would have turned 80 this Autumn.