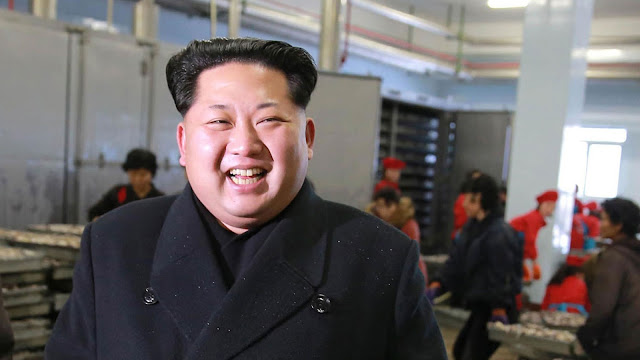 It's selling more than every bestseller worldwide combined.

It had 3 billion pre-orders on North Korean Amazon alone. It got bigger than the Koran and the Bible after only one hour in sale, according to the North Korean News Agency Kim's World.

-We ran out of tree's to print the book 5 days in. There isn't a single forrest left in the country, says the publisher Kimsan Kim.

-We have to cut down every tree in the world to meet the global demand, but even that isn't enough. From tomorrow the greatest book of all time is available for download. We expect the sales to skyrocket again, like our missile program. Up, up, up... 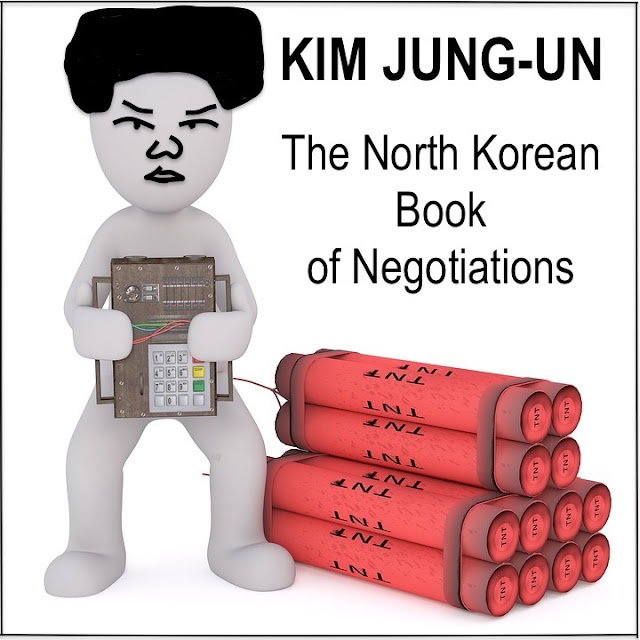 Kim Jong-un ordered an interview on North Korean TV to promote the book. Apparently he wasn't happy with the way he came across, so he assassinated the whole tv-crew and did another interview. This time with a gunman present.

It took 5 interviewers before Kim jong-un was happy. The rest of the new tv-crew was wearing diapers to hide their nervousness. It turned out the problem was his hairdo.

-I read the art of the deal by the new smuck in the White House and thought to myself, this is garbage, I can do better than this, so I sat down and wrote the North Korean book of Negotiations in like 15 minutes, from the top of my head, says Kim jong-un to Kim TV.

-Then I handed my notes to my secretary and celebrated with a missile. 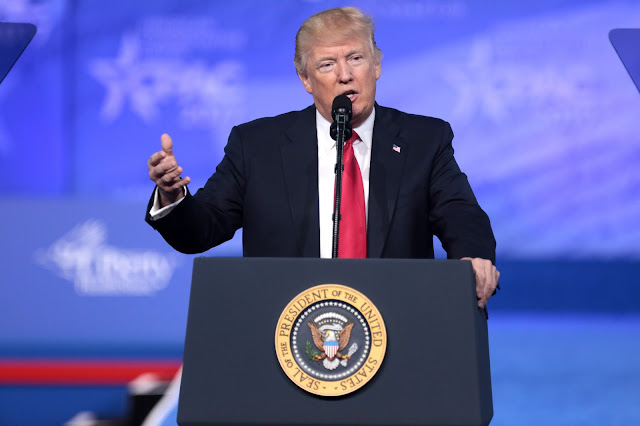 -Yeah, I know... black life matter, but white life matter more and my life matter the most. Get used to it. I'm the President, bitch! says President Trump at his tour around the world.

-It's all about me. You are all my slaves. But relax... I will give you a great life because I am the greatest leader of all time. I just got another award in the Middle East.

-Most people don't, cause their already dead. Billions of people never get to experience me because they where either born to early or too late. You have no idea how lucky you are. My children...

-Enjoy this special time in human history. I am the greatest leader god ever put on this earth. Sooooo much better than Obama. SO MUCH BETTER THAN OBAMA, IT'S UNBELIEVABLE! I tell you. 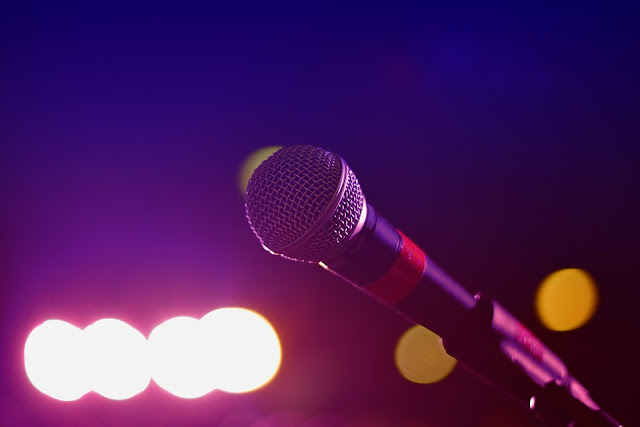 -It's a great concept, potential terrorists can come and blow themselves up in safe party bunker provided by the French Army, says owner Gene Badham about his new club The Big Bang.

-Every entrance in guaranteed their 0.00015 seconds of explosive media fame. If you have weird thought about your importance in the world and think you can change it by becoming a real life death star.  This is the place.

Moses Eyeballed Trump in The Vatican 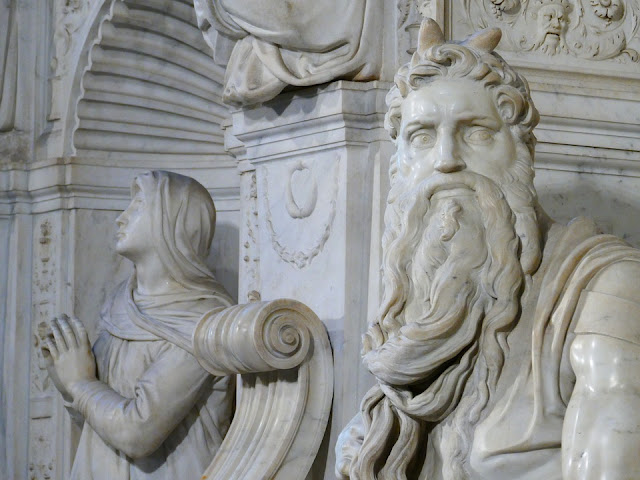 The horns seemed a bit larger than usual when Trump visited the Pope recently. As if he was saying "Don't you even think about it".

-It's true, we had issues with some of the statues from the moment it was clear Trump was coming. At first people thought it was a light earthquake, but I know better, says Pope Francis, it's the orange devil. 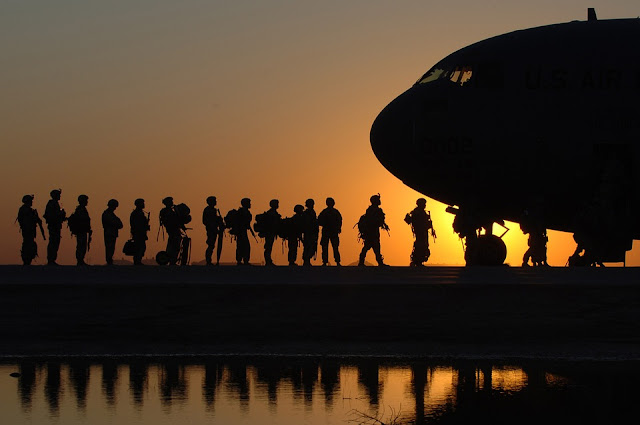 NATO announce today that their soldiers will attend concerts inside the Islamic State and kill everyone.

Trucks will also be hijacked and filled with explosives before driven into densely populated areas in addition to the superior Allied Army force who will perform heavy random bombing on a scale the world has never seen before.

Army experts say the explosions can be seen from Jupiter and reassures that the heavy bombing will not affect earth's orbit around the sun, but it will not be possible to escape the sound from the massive blasts anywhere. NATO urge every citizen on earth to use ear plugs between 12.00-14.00, 0 standard time zone (UTC), to avoid hearing loss.

-We call this operation random hell and we will continue until they surrender. Which include the use of nuclear bombs if necessary. 15 years of friendly fire has got us nowhere, from here on its all in, says Nato General John Fire.

This is the last chapter of the war on terror, it ends either when they understand the only outcome is total death and surrender or just total death. 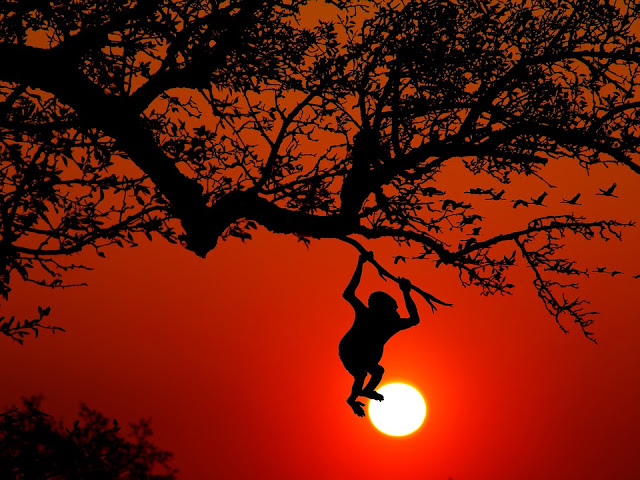 It will be his 40th wife, but he doesn't expect it to last more than a few weeks. -We're both animals.

Even though Trump senior rule over a large peace of the jungle he has to travel abroad to find a spouse. -It's a shame, I got all the bananas in the jungle and no one wants me. So I go to places where females are so desperate for survival that they will put up with anything.

-It's the art of the deal. It's all about the negotiation... You got to find the right partner! 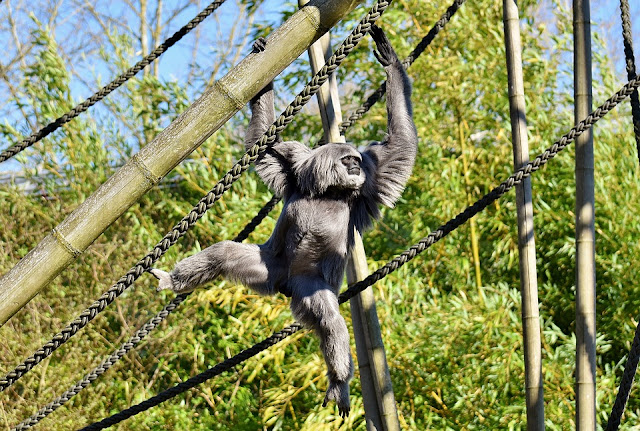 -It takes a dumb mammal to do such thing. We are all dumb, therefor, logistically speaking, chances are it's one of us, says ape guru Dalai Mama from the Kardashian ape tribe Donaldo in Botswana.

-Off course, stupidity exists among bats, whales, cats and humans, but not in such large scale as Chinese Dust Monkeys.

-For us is essential that we learn to jump, duck and fall. It's what we do, but when I see a human here I go "We got ourself a nutcase here. Someone who thinks he can make a difference". 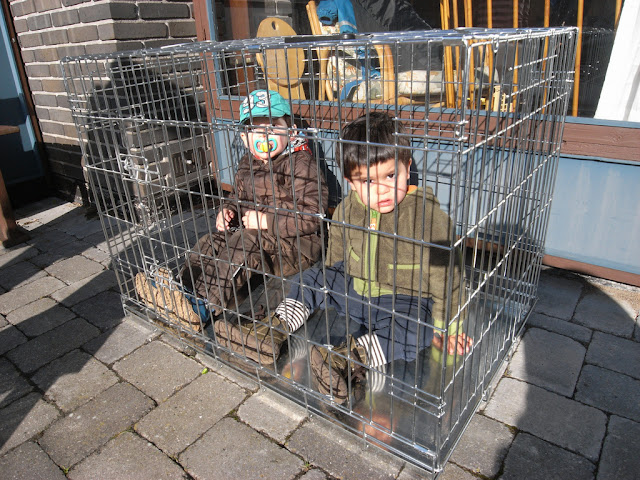 -It's a pity, it's the cheapest babysitter in town. Which mean I can drink even harder... says Toby, who makes it clear he likes his children , but not as much as the cage.

If I had to choose between my children and the cage, I'd choose the cage. I hope it comes back on sale and I wish they make it bigger so I can put in my wife there too.

Environmentalist Worry More About Her Fartprint 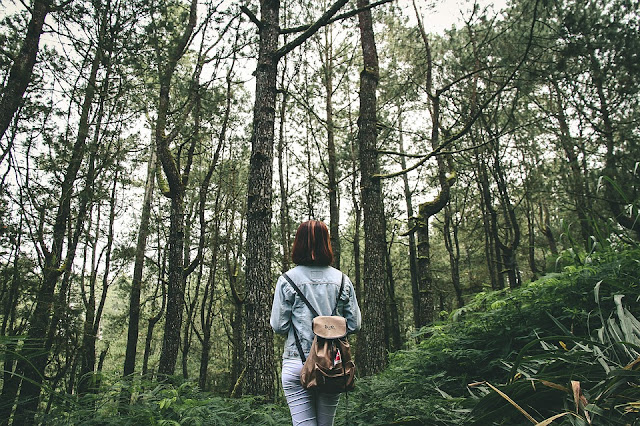 -Cows and sheep both fart and burp toxic fumes into the atmosphere. What if I do the same? We just don't know it yet? says Isabelle, who is deeply concerned about the wellbeing of our planet. So much she's using a buttplug - just in case.

-Better safe than sorry. I got a big butt...

-Think of all the women who flock to the fitness centres to get bigger butts. They might damage the eco system. This could be the end. We need to implement climate quotas.

-We have to think about how much a person can fart and if they should be able to trade H2S quotas with other people?

-This could be a welcome extra income to smalltime farters and it gives an opportunity for people who fart too much to stay instead of getting thrown out of the country.