US did nuclear testing where bin Laden is buried 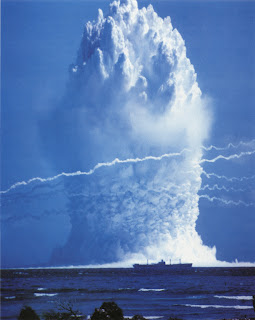 Nuke`m low. -We felt that it was about time we tested a few of these mother*#@#ers. We haven`t blown up anything since.., I was about to say Fukushima, but they did that one themselves, says army general Hot Water.

-It`s about time terrorists get a feeling of what will happen if they cross the border. We have reached a point now where we have had enough. This is a message to those terrorists who still hasn`t realized bin Laden is dead. He`s dead!