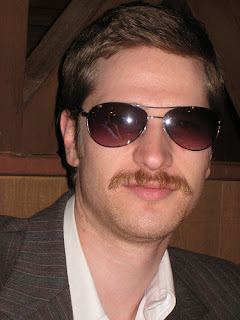 Osama bin Lager. WMA came across this guy in a nightclub downtown Berlin who claimed to be laden. -After 8 lagers I think I qualify, said the German and called up NSA to tell them they got the wrong guy. Sadly, neither WMA or "Harry" could recall any of the conversation with NSA the next day, but our WMA reporter managed to get a snapshot of the world most notorious criminal before he disappeared in a taxi with his girlfriend.

WMA has reason to believe this is the reason we are not shown pictures of Osama bin Laden. And probably why bin Laden`s kill-inn was shot in the head. It makes the autopsy impossible. Word.