The Police Took Pistorius`s Passport To Prevent Him From Running, What They Should Take Is His Feet 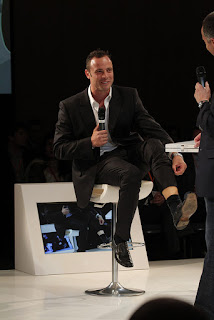 Freerunner. -No, I`m not going to the Oscars. You would think I`d at least would get a nomination. The ceremony trade in on my name. Anyway I`m stuck in South-Africa, jokes Oscar Pistorius.

-Making an appearance at the Oscars might not be the smartest move if I run away from South-Africa. Especially not when I`m charged for murder.

-If I won it would be the fastest exception speech in history. I would definitely set a world record.