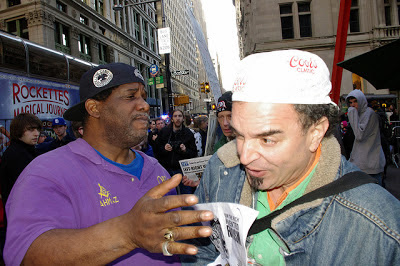 Paymobile. -I thought they stopped treating people like this after they left Saxenhausen, says Gunter who grew up outside, but close enough to make that claim, abroad, if you forget he wasn`t born until after WW2. The Devil Parking Company, former Hitler`s Friends, makes no excuse for fucking up peoples lifes.

-It`s one of the few professions left in the free world where I can legally be an ashole. I was too much into the Hitler shit as a kid to do anything else. I tried prison guard but boy did they kick me out of there, says Naziart Goebbels.

-The last few years we have invested heavily in video surveillance, not to catch unpayers, but to get the desperate moments on camera. We make a best of video this years that we shoed at the X-mas party. Oh my god. Better than Americas Home Video. It was natural Jackass. Pure organic comedy... brilliant... if your into lederhosen.