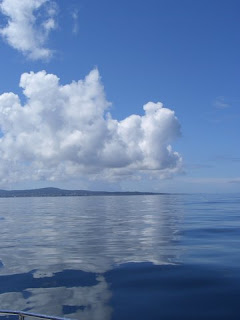 Waterworld. -We want to rule this planet once and for all. We want to be the only shining star in the universe. The only silver glittering diamond in the sky, says H2O.

-Poor humans, the fish was smart and adapted to water. They understood that water was the dominant force on earth - not dry land.

-530 millions years ago fish was a human being too. But humans split and went separate ways. One opposed the changing tides and stuck on land while the other changed with the times and went down under. Who won?