Is There Life In North Korea? 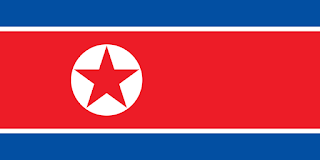 Teletubbies. Does that qualify as life?

Physically, yes, they breath the same air as us and seem to be very much like us, but are the images we get from North Korea life?

A team of NASA scientist compared life in North Korea with life on Mars and concluded it`s better on Mars. -There is no Kim Jong-Dumb there to screw things up. That guy distorts livelihoods with his presence, says the NASA scientists.

-What we see in North Korea is forced life, not intelligent life. North Koreans are not allowed to think for themselves and make decisions on their own. They are slaves of the state or Kim-Robots. Very much like living in a pig farm.