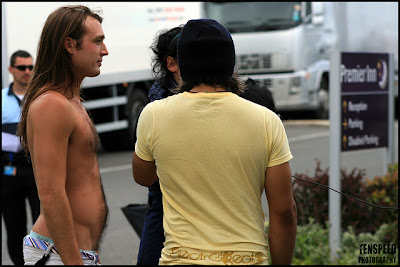 Teen spirit. Having served 15 years in juvenile for manslaughter William Nightmare was keen to have a few days as an ordinary civilian before getting what would most likely be death sentence at this point in his career.

-Convincing the judge that 1400 bullets from an assault weapon was necessary to stop a thief from stealing my bike is a hard sell with my strack record, says William who goes by the name Bullet among his enemies. -I don`t have any friends so... there`s no among friends with me. It`s among enemies with guys like me. We`re a dying breed.

But it would be an easy sell for a total stranger. -Life is unfair, but not compare to death. I`d say their about even. Some come and some go.

-It`s been three days now so I hope he`s coming back soon. I made a promise to myself. This time I `ll take one for the gang. Eliminate one son of a @#% nobody wil miss. One for you, one for me. It`s the least I can do. In fact, it`s the only thing I can do. Bye bye.