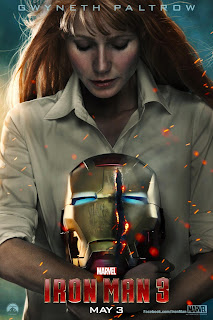 Iron curtain. Jon Favreau, the director of the acclaimed series, says he considered the British MP, but went with Gwyneth Paltrow. -I needed somebody who could ground both Iron Man and Robert Downey Jr.

-Thatcher seemed like an obvious choice. She manhandled the British establishment for 11 years and went to war against Argentina over the Falklands. The Lady got the kind of balls I was looking for.

-Then I changed my mind and decided to go for love rather than force. Love conquers all you know.

James Cameron is said to have written Terminator with Thatcher in mind, but ended up needed a more human robot so audiences could relate at some level.