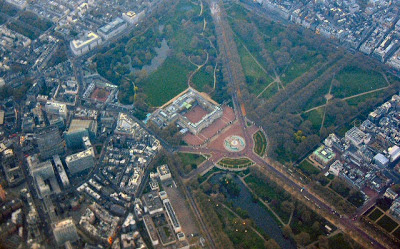 BBC III of England. The tabloid reporter from News of the Past died when he hit the anti-ballistic missile over Buckingham Palace. He tried to top the Queens Olympic stunt during the opening ceremony by jumping out of a passenger flight from Iceland to Moscow.

-He didn`t die from the explosion, says British Air Force General Top. It was the impact who got the better of him. Whatever intention he had, he was not invited to the press conference where Duchess Kate and Prince Williams announced the pregnancy.

-We decided to shoot the reporter down when we got a negative guest list match. In fact, the decision was already taken when we got the persons id. It stank Murdoch all over it.

Royal Security Chief of Staff Pete Poof points out a shoot down like this is hard on the short term budget, but might turn out quite profitable in the long run. -We get a bit of a bad ass reputation, nobody can sue us on the obvious "mistake"and Kate gets a bit of privacy from now on. Anybody dare to snap a picture of her titts again know they will be found dead in the river.

-Thames was originally excavated to get rid off noisy reporters. It`s Londons equal to Las Vegas`s desert. God knows how many people are buried there. Probably as many as in the Suez canal. That was built to get rid of the Jews. But then Hitler came and after that it was kinda... you know... it`s better to lay low for a while. Maybe 50 years...