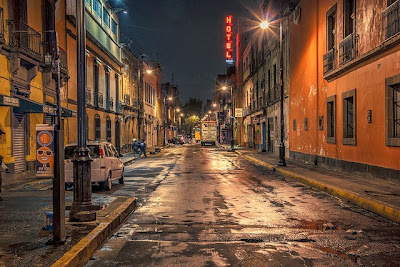 War versus war. -Bombs explode around us and people get killed, it feels like home, but I don't have to deal with it. It's not my war. I can sit in the dark and enjoy my tequila, says Ali.

-It's fun to watch the war on drugs. As a terrorist I can tell you, these douchebags have no idea what their doing.

-It's obvious from the line of business their inn. In any other professional, if your do drugs, you'll screw up. These people doesn't do anything but drugs. It's all they do. 60.000+ dead people speaks for itself. They should have won by now.

-They should have conquered the whole bloody continent. But, it's not my battle. I'm here to take a break. Get away from it all. Recharge my batteries before I go home and kill some more. It's a funny world we live in. One man's death is another man's break.