President Of Syria Voted Person Most Likely To Die By Rebels 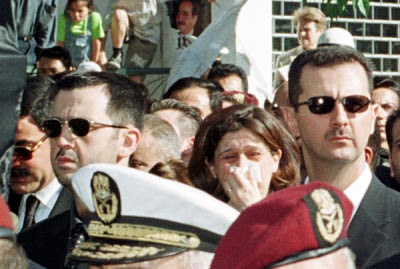 Wanted dead not alive. Bashar al-Assad has repeatedly been seen looking over his shoulders lately. -First I thought it was a sore neck, but now I realise he is afraid, says one of his bodyguards.

-We where discussing it with the union. It`s our job to look after his safety, not his. He`s stepping into our territory, but that`s before we saw him pissing in his pants. This war is getting to him.

-It didn`t make sense to us that he would be on the lookout for potential hitmen cause this war has not changed anything for us. There is always someone trying to kill him. He is a huge asshole to his people?! He is a dictator... It comes with the job.