Lenin Farted Inside the Mausoleum 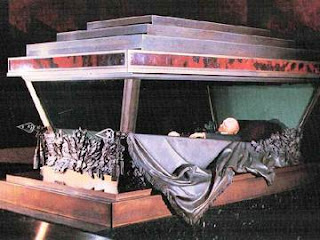 Blast from the Past. It's the smelliest fart in history according to Guinness World Records. Nobody has carried a fart for so long. It's clearly deadly.

-We didn't hear a thing. Suddenly red smoke rose up from his butt cheeks and it triggered the nuclear missile defence system in Kremlin. They where so close to bombing us. Thank God it didn't leak through the mausoleum. Otherwise it would wipe out Moscow.

Stalin is rumoured to return from the dead and kill even more Russians than he did when he was alive with the most vicious fart. His diet was so toxic compared to Stalin that the Russian Defence Minister plans to blow him up in space before he wipes out the entire former Soviet Union.