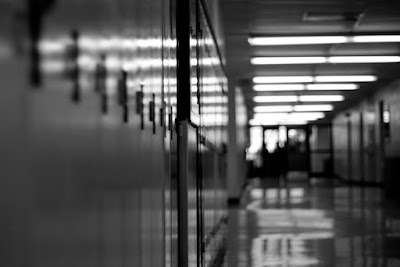 Il Capitano. The terrible tragedy somehow slipped the media. Why?! It's happening so freequently parents move their kids abroad. I guess they where just too busy, says newly unemployed schoolboys driver.

-Even Iraq is safer than USA. In comparison, Afghanistan is seen as a rather good substitute. If their lucky, the kid might go a newly built schools by the United Nations.

Locals, on the other hand, is not happy with the American kids. -They take our schools! They where built for us, not immigrants. I don't care if they come from a war zone worse than ours. This shit is ours now. Please leave again, yells local parent. I mean it! I f#@ing mean it.

But Afghan leader Rabi looks differently at it. -We have to help. They come from worse than us. Remember, the terror in USA doesn't come from terrorist rulership, like we are used too, it comes from the people.

Which has lead many Afghans to worry about letting them into their territory. - There is a rise to stop all free world immigration in the polls. Afghans talk about monitoring them. Even throw out those already here. It's bad, says Muslim leader Ali.